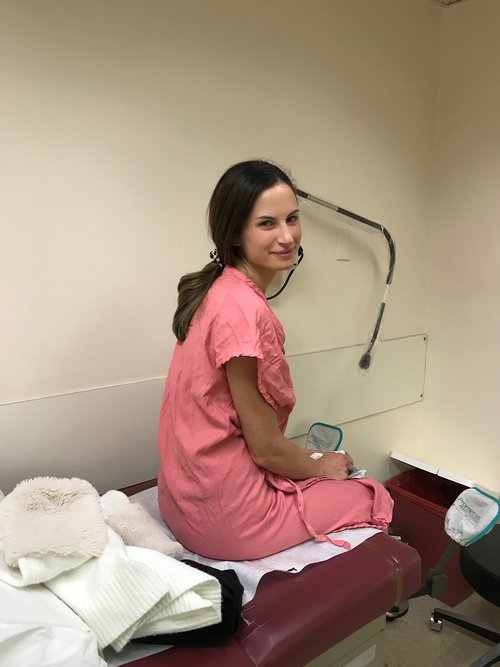 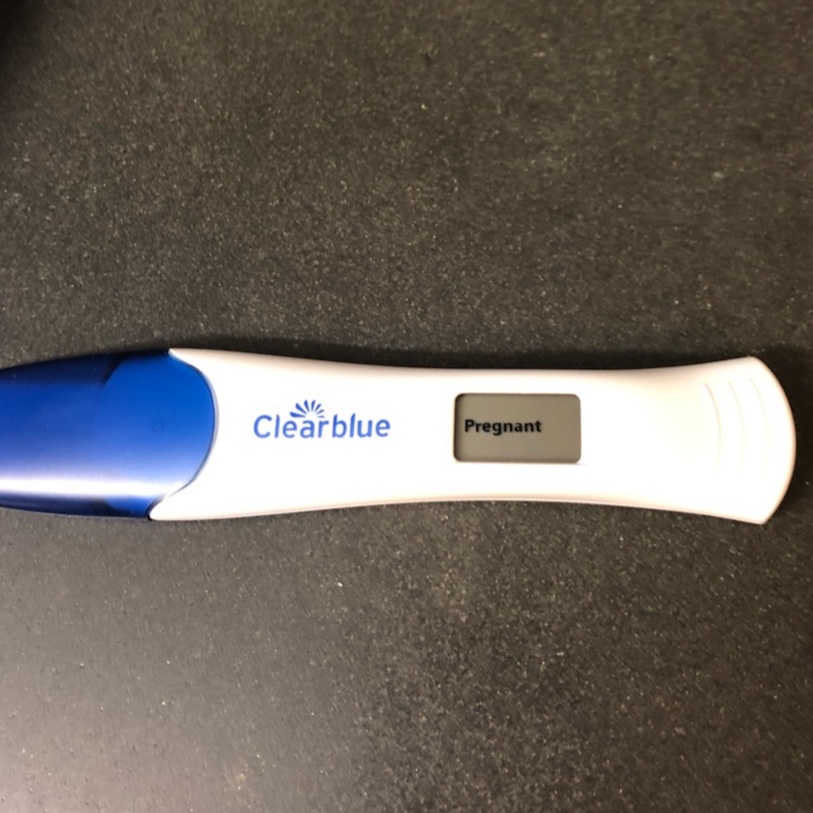 I had heard it more times than I can count, “you never know, sometimes it can happen when you don’t focus on it!” or “haven’t you heard about the people who sign adoption papers and then get pregnant?!” That couldn’t happen to us. We had infertility issues on both sides (sorry I keep throwing my husband under the bus with this, I won’t get into too much detail, but we both had/have issues with infertility) so I genuinely thought that all of these scenarios were what could happen to other people, but not us…until it did.

I woke up feeling sick and thought I was hungover. I told Matt I needed to eat, we ate, I felt better and went about my day…until I felt sick again. That’s when it crossed my mind, “Either I’m getting the flu or I’m pregnant – HA HA.” I even texted my family this in our family text group and got an influx of emojis from my sisters and some private texts from them along the lines of “WTF Jen, for real?!” and then my mom “Jennie, stop, seriously, when was your last period, this isn’t funny, have you lost too much weight? are you not getting your period anymore? have you been taking care of yourself?” I just had to put my phone away especially when I realized on March 10th that my last period was January 25th and I was on my “Spring Break” with my friends. I look back on those photos and videos from the last day of my trip and realize how much I was sub consciously trying to take advantage “just in case” I wasn’t going to do it for the next year and a half…..or more? or ever?

We got home and after about two hours, I turned to Matt and said “I feel like we should just get a test and see, because otherwise I’m way too stressed and it’s affecting my body and period. I feel like I’m getting the flu, maybe I shouldn’t be near Tess, I just want to know whats going on and rule it out.” Literally less than 1% of me thought that I was pregnant. He came back, I peed on the test, didn’t even know what format of test it was, and left it by the sink. I went back two minutes later, because Matt reminded me to, and BRIGHT AS DAY it said “PREGNANT.” Not even the lines, just the words. I came out saying “oh my god oh my god oh my god.” I wasn’t smiling, I was feeling so many emotions. Matt said “YOU ARE?!” I’ll admit it here, and delete this when my second born (god willing!) is old enough to read it, but we both cried, not happy tears. Is it ok to admit this? I’m just going to say it because there has to be others out there that had this reaction and this is a safe space where I keep it real and say the things that people should say…so there, I said it.

Imagine you go through all of this heartache to get something, and then you find a way to get it and make it work, and you HAVE A PLAN for the next time. Suddenly, that plan isn’t any longer and you’re in shock, you’re not ready for this alternate plan, you don’t trust it, it doesn’t feel safe….will it even be valid?! We weren’t even close to ready for another. I also felt like an IVF imposter, I was now one of those “roll your eyes at her situation but good for her!” cases and it somewhat killed me inside, for the others. I didn’t even know where to start thinking. My first calls the next day were to my doctors who I hadn’t spoken to since before Tess was born!

On March 13th, I found myself at my reproductive immunologist’s office. He suggested, based on my past bloodwork, that I start blood thinners again. He took my blood to send to get tested to see if anything had changed, we did an ultrasound where we saw no heartbeat and I left feeling the same way…no answers, unsure of what to do and in this limbo of “is this even real?” A week later I went to my OB, where Matt and I argued in the office about what we were even going to do, she interrupted us and said “maybe we should see if there’s a heartbeat first.”

She brought me to the room with Matt, said she’d be right back. I got into the robe, pissed AF at Matt, grabbed my phone and saw that my nanny had sent a video. As my OB walked back in, and started to put the gel on, I quickly played the video my nanny had sent to distract myself from potentially hearing no heartbeat. Tess was taking her first steps. I couldn’t breathe. As I went to tell Matt, that’s when we heard it….the heartbeat. I kid you not, this isn’t for dramatics, both moments happened right then. At the time I felt so sad, I missed her first steps, every mom’s fear, that you miss a moment, and it was because this new “situation” had taken me away…but then I also was so overcome with pure happiness as I focused on that heartbeat, this new life we had created, all on our own, just us…and it was more than I could actually take, I just sobbed.

Our discussions with my OB after that were very different. We now trusted ourselves, our physical capabilities. She said that I didn’t need to do the protocol I did last time, my body already accepted the implantation and this heartbeat formed and I did it all on my own. She said she saw value in the blood thinners but that doing intralipids again or going on prednisone weren’t what she’d recommend. For whatever reason, I listened. After all the times I doubted “regular” doctors and rolled my eyes when they called some of my specialists “mad scientists,” second guessed everything, and ultimately went with mostly what the fertility specialists said to do, this time I didn’t. So for everyone asking what I did and why, I just decided to do this the old fashioned way since, after all, that’s how I got pregnant this time (with some blood thinners to help me along since I do have a history of blood flow issues). I’m hesitant to even share it because the point isn’t what I chose to do or why, it’s really that you have to go with what feels right. My reasoning for doing all that I did last time was to ensure implantation which had never happened before. This time I was passed that point and at a point when I should prepare my body to maintain it on it’s own any way.

I gave myself my last blood thinner shot today. My OB told me I only needed to do it for the first three months. Last pregnancy I was on it for the entire time until 6 weeks AFTER Tess was born. This time, I chose to trust someone who told me to trust myself. So that’s what I’m doing. I don’t know what will happen but I do know that it feels right. I’m also trusting the little bun in my oven who I’m now so incredibly attached to and so excited for. So far, so good….besides the debilitating nausea 😉

*None of this is medical advice. It is my personal experience and the decisions I made with my own current pregnancy. The point I want to get across is that you need to be your own expert, amid a time of such chaos, you need to trust yourself and your decisions and get to a point where you can do that confidently. It may take the guidance and support of others who have gone through it, medical professionals, etc. but you make a choice and make the one that feels right.